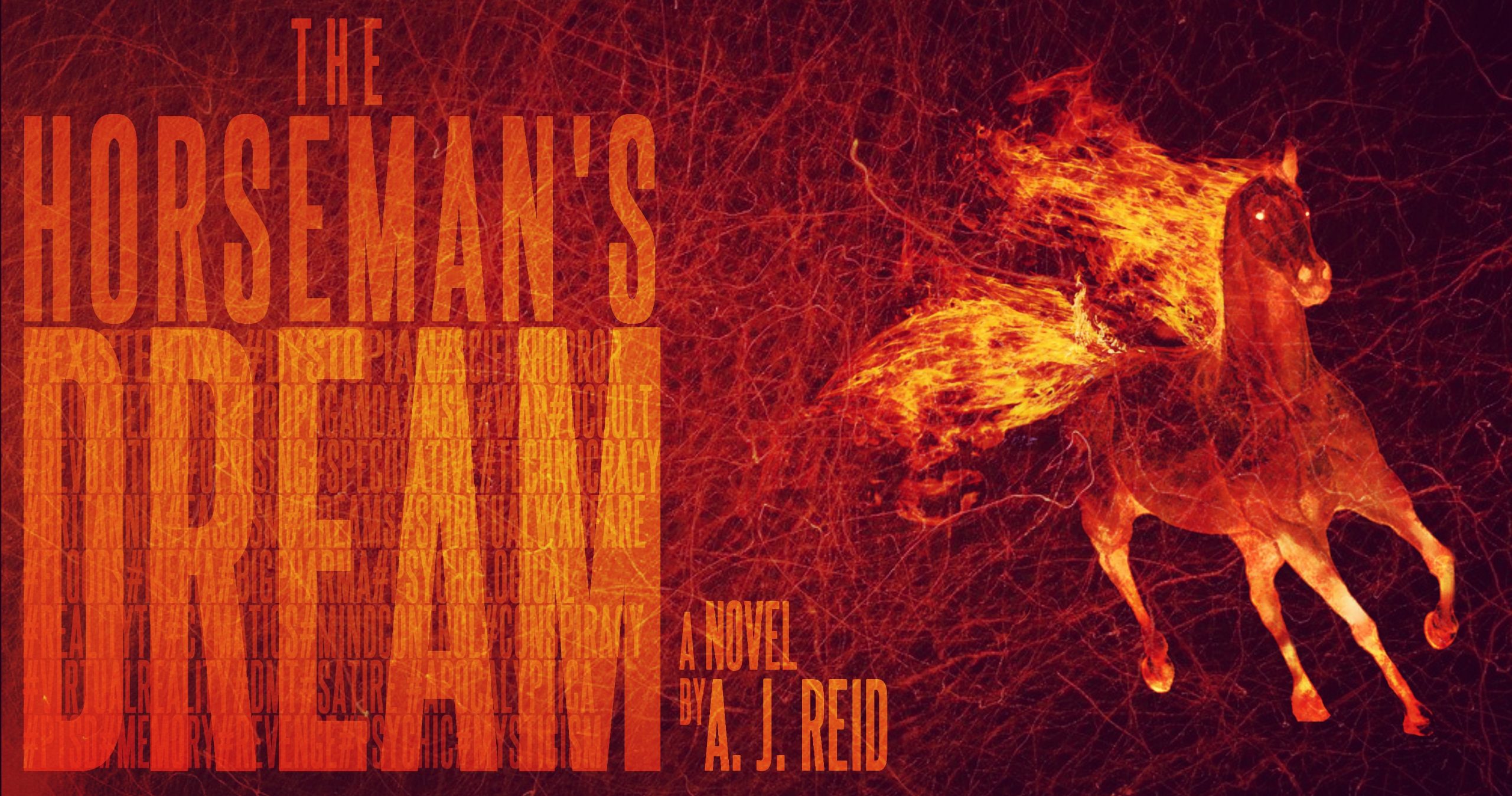 The Horseman’s Dream is now also available on Amazon in either Kindle or Paperback format.

A limited number of signed copies are available directly from Poisoned King Press while stocks last for only £11.99 including postage.

The Horseman’s Dream is a dystopian vision of near-future Britain – now a tiny archipelago, courtesy of climate disaster. A fascist media mogul seizes power via VR, cymatics and hallucinogenics, altering the fabric of reality and waging psychological warfare to consolidate her power. Elevated areas that survived the floods provide a base for resistance, while Sheffield becomes the new capital. Dartmoor is designated a red zone for deportation of political enemies and diseased, while Exmoor houses the criminally insane. The prefix “Great” is but a distant memory for Britannia.

The isles’ last hope rests in the hands of a suicidal neuropsychiatrist, a chaplain with too much blood on his conscience and an ex-Royal Marine who eats seagulls for breakfast.

Will they stop the transmission of The Horseman’s Dream before it plunges this once green and pleasant land into an apocalypse of the soul?

“Lots of fascinating ideas” – Will Self
“Shockingly prescient” – Paul F (beta reader)
“One of the best books I’ve read in ages. I really love the pace of it and it just completely sucked me in. Barely noticed where we were and that last line was so poignant.” – Jade G (beta reader)

Find out more about the origins of AJ Reid’s Dystopian Psychological/Existential Horror Novel The Horseman’s Dream.