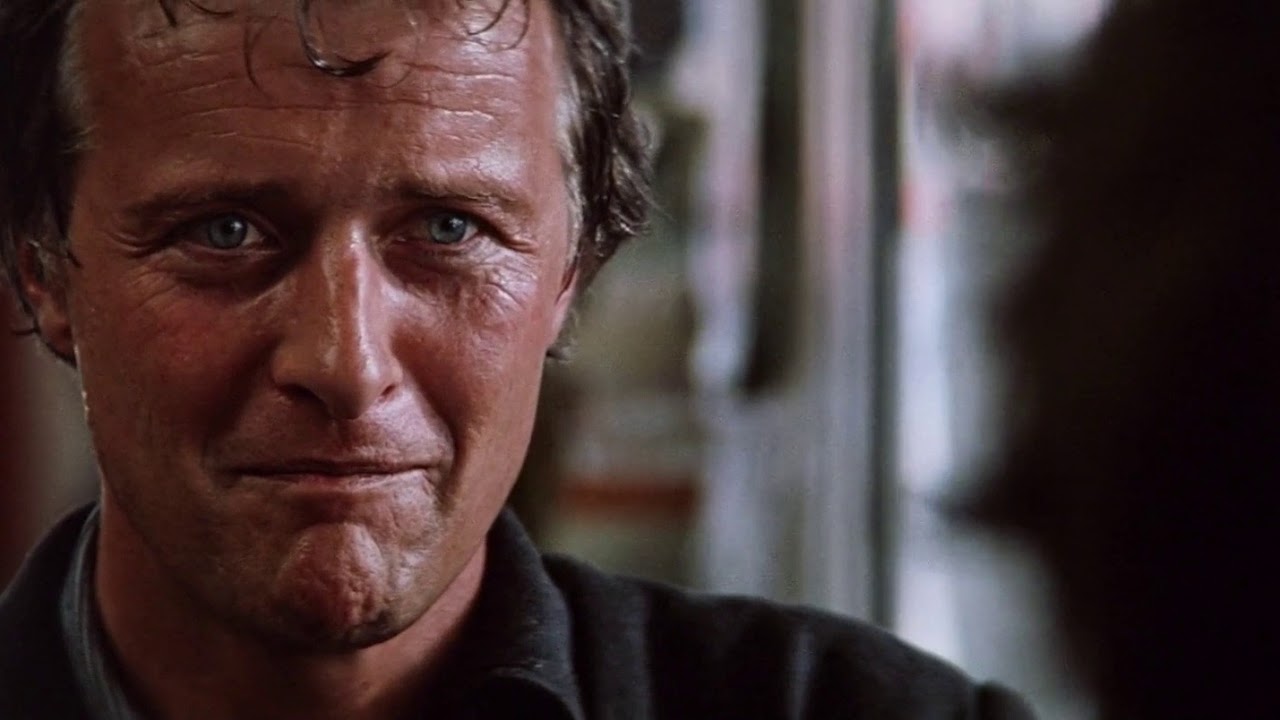 A Special Kind of Actor

The craggy face of Rutger Hauer glared back at me from the battered VHS case.

‘Don’t let your mum find it. I want it back when you’re done.’

‘She’ll find it. She finds everything.’

‘Hide it under your bed.’

‘Dammit. She’ll kill me too if she finds it. She’ll know I gave you it.’

Simpler times, perhaps. This exhange took place almost 30 years ago between me and another 11-year-old boy, furtively examining VHS contraband in the shade of a giant oak tree. School was out for summer, but for us, it was forever: our last day of primary. Ties loosened, shirts unbuttoned and laces undone, we were finally free and Rob T lived up to his term-long promise that he would bring in this film for me.

‘Watch it when your parents go out.’

‘We could go to mine and watch it. My parents don’t get home from work until seven’

Back at Rob’s, we settled down with a plate of barely warmed fish fingers and tomato sauce and pressed play. The scratchy white lines fizzed and flickered across the screen as the tape got going, indicating that it had been watched almost to the point of wearing out.

This was no X-rated “adult film”, nor splatter/slasher gore horror. This was something different. I could hear a message in the film, something more profound than “Don’t pick up strangers”. The Hitcher was a brutal, cathartic experience that made me value peace and resent violence. After the final credits rolled, I couldn’t wait to see my family to make sure they were all still in one piece and hadn’t picked up any hitchers in the two hours I’d been at Rob’s.

It was probably the first time I had seen an actor convey his message with such startling presence. Rutger Hauer as a mysterious homicidal nomad is a performance I will never forget. His ability to slow down time onscreen was matched only by Reed, De Niro, Nicholson, Day-Lewis etc.

What made Hauer such a great villain was the ever-present slivers of endearing humanity he would weave into the performance, confusing the audience by earning their sympathies and respect one minute, their abject disgust the next.

Similarly, his heroes were often shot through with irritating flaws, sometimes full blown personality disorders. Still, we loved them. We wanted them to overcome adversity all the more because they were like us: imperfect.

I can’t wrap up this short tribute without mentioning Rutger Hauer’s greatest unsung work: a little-known sci-fi thriller that brings to mind Bladerunner and Alien. Split Second is far from being a perfect film, but there is much to recommend it. The scene between Hauer and Kim Cattrall is particularly memorable because of the unexpected tenderness therein and reminds us how powerful he could be as an actor, even in the midst of a rather chaotic narrative, so if you’re a comic book/graphic novel fan still unsatisfied by cinema’s adaptations of the form, you could do a lot worse than to check out this highly enjoyable flawed gem.

There are not many actors or artists out there as memorable as Hauer. I’m grateful, as I am to all actors with soul, for the inspiration. He altered our collective consciousness with an ad-lib, ffs (see Blade Runner roof scene). That takes some doing.